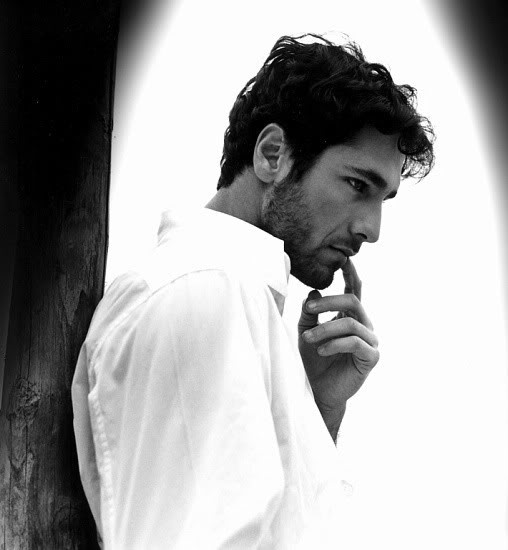 Dear Blog Readers —  Today I have a little surprise.  A loyal reader of this blog sent me an email with an hilarious tale and word of warning on Italian men, the masters of seduction.  We agreed that I would change a few details and names in her story so that she and the Italian male protagonist of this tale will remain anonymous.  So, she is going to be Catherine from now on.

She concluded the first part of her story with the following request:

Trisha, maybe you could shed some light on Italian men and their supersonic flirting power especially with us tourists?

As an introduction I will share a few thoughts and then I encourage any blog readers who are more knowledgeable about the seductive capacity of Italian men to send their thoughts and comments.  If you read one of my first blog posts “How I Ended Up in Italy” you will find out how my Italian husband seduced me in one fell swoop with a kiss on the hand on the campus of Columbia University in New York.  Years later, when we were married and had three kids and living in Rome, I was having coffee with a British friend married to an Italian when she casually turned to me and said, “Well, obviously you are familiar with the Italian saying ‘Italian men are the world’s best lovers and the world’s worst husbands.’  It was as though she had hit me in the head with a frying pan.  It was so obvious and yet somehow it had never occurred to me.

Briefly, let me explain.  Italian men are born to seduce, they are raised to seduce, they spend their lives seducing and I think they all must die while trying to seduce the nurses in the hospital.  This does not mean they go through with it, they just practice the art of seduction on all the women they meet. A few years after I met my future husband, I was living in Washington while he finished his Phd in New York.  We were engaged to be married.  One weekend he came to visit me and we were invited to a dinner party.  Before the dinner party we stopped by at a florist to get some flowers.  My husband never goes for a standard bouquet of flowers, it has to be exaggeratedly huge and beautiful. It doesn’t matter who it is going to, it has to take her breathe away.  That is just the way he is.  Part of the seduction training.  So, we were late for this dinner and he got a massive bouquet and we hopped on the Washington metro, got off at our stop and rushed up the stairs. I whipped through the turnstile and was heading out of the metro station when I realized my fiance’ was not with me.  I turned around and started walking back down the stairs and then halted, frozen in disbelief.  There he was at the turnstile with a gorgeous blond woman.  His metrocard wasn’t working and he was blocked so he was asking her for help.  I moved a little nearer and into the shadows to watch my future husband engaged in the fine art of seduction.  I watched him flirtatiously hand her the flowers and ask her to hold them while he messed with his metrocard. His Italian accent had suddenly become more intense, as had his inability to put the damn metro card into the turnstile machine.  I swear he repeatedly was putting it in upside down or backwards so he could stay there and flirt with this beautiful woman.  And she was eating it all up, as though she was ready to stay all night and try to solve his metrocard problem with him.  I think she might have thought she would get to keep the flowers too.  I am sure if I hadn’t been there, the two of them would have ended up going out to dinner and she would have gone home with those flowers.  Of course I did have to be the party pooper and ruin all the fun by calling out, “C’mon Gustavo, we’re late for dinner.”  As much as I was irked and a little jealous, I was also in awe at my Italian fiance’s capacity for seduction.

So, that covers the first half of the proverb, now for the second half, “Italian men are the world’s worst husbands.”  Let me suffice it to say that one night last week I was wiped out after a busy day at work and helping the kids with various things from college applications to homework.  I said to my husband, “I am going to bed early, do you mind cleaning the kitchen?”  He looked up from his computer and said, “I don’t know how to turn on the dishwasher.”

We have had that dishwasher for at least 10 years. I was tempted to say: “I’ve seen you turn on women age 20 to age 70 with a smile, maybe it is time you learned how to turn on a dishwasher.” Instead I said, “Buonanotte.” Enough said.

On to Catherine’s delightful, comical tale of being seduced by an Italian man.

First up – I am 50 years old, divorced, could lose a few pounds and haven’t had a man in my life for a long, long time. I would say I’ve reached the unenviable time of life when, in Australia, women like me become invisible.

I’d spent time in Italy in the 1980s as a young backpacker and always wanted to go back. So anyway, about a year ago I plan a trip to Italy for September. I went with my mum, her husband and my aunty who is a few years older than me. We had three amazing weeks and I was dazzled by the beauty of the country and had a thoroughly amazing time.

A few days before going home, we were in Naples. I was crossing the foyer of the hotel when I saw one of ‘those’ Italian men. Dressed up like a Thanksgiving turkey, mirrored sunglasses, the scarf worn jauntily around the neck, perfect shoes, perfect pants. My heart just went ‘bam’ and did a succession of Olympic gymnast-style backflips. Boy was he something else! And he was watching me….doing the ‘super eyeball’ thing you mentioned in one of your other posts. I suddenly felt 16 again. All hot and bothered and thinking ‘why is he looking at me like this – I’m 50, out of shape, a mum of teenagers…..what is this about?’

Anyway, he approached me, said he was a tour company driver and was I waiting for the Amalfi Coast tour? No I wasn’t. He pushed on. He asked my name, where I was from, about my work, how long was I in Naples. He also asked where was I going today? To Pompeii. What about after that? Did I need a driver anywhere? What about to the airport? Here is my card. Call me if you need anything. So I shoved the card in my purse and watched him leave. My blood pressure was berserk. Thank heavens for travel insurance, I was thinking. If I bust a heart valve, I’m covered.

So…a few days later we’re in Positano and I said to my aunty that we should call this guy as we needed to get to the Fiumicino airport and he could probably drive us there. I called him & left a message.

He drove us to Fiumicino. I sat in the front beside him as the Amalfi Coast bends were making me carsick. That’s when he began the flirting. Just a little at first. You’re not married are you? I noticed you were wearing no ring when I saw you at the hotel in Naples. What about a boyfriend? No? Ah….those Australian men – they don’t know how to take care of their women. What is your star sign? You’re Taurus? I’m a Cancer – we get along with Taurus..……Gradually the flirting turned up like the volume on a television. You have beautiful hands. Do you like hand massages (he took my hand and began stroking it).You are very beautiful. You look so wonderful – you’re not ‘plastic’ like other women. Any man would be lucky to have you….

Well, to say I was bewitched and bedazzled was an understatement. By the time we got to Fiumicino he could have said ‘empty your wallet and give me all your credit cards’ I would have happily complied.

When I handed him a tip, he moved forward put his arms around me and kissed me. Not just a kiss but a KISS. If I wasn’t leaning on the car I would have turned to water and flowed slowly down the nearest drain.

When I pulled myself together inside the airport and my heart rate returned to normal, I had one question. Why did he do this? After all, I was leaving the country – we were at the airport! So a quick shag was out of the question. I was at a loss as to his motives.

This may sound nuts but I came home a different person. I lost 15 pounds and found the sexy woman that was buried and dormant underneath the grocery shopper/teacher/daughter/bill payer and single mother. It’s crazy but during that two-hour car trip, this young (15 years my junior) Italian man threw off my ‘invisibility cloak’ and I am so grateful to him for that.

What is it with Italian men? I have google searched this and have found that other women from countries like Australia, USA and Britain have also come under the spell of their beautifully crafted flirting.  He may say words like that to many women – and I’m sure he does -but on that drive he was saying them to me. That was all that mattered.

NOTE TO BLOG READERS:  In a few days I will post Catherine’s Part II, but please feel free to send your comments, thoughts and answers to Catherine’s Question: What is it with Italian Men? Where do they get their Masters in Seduction? 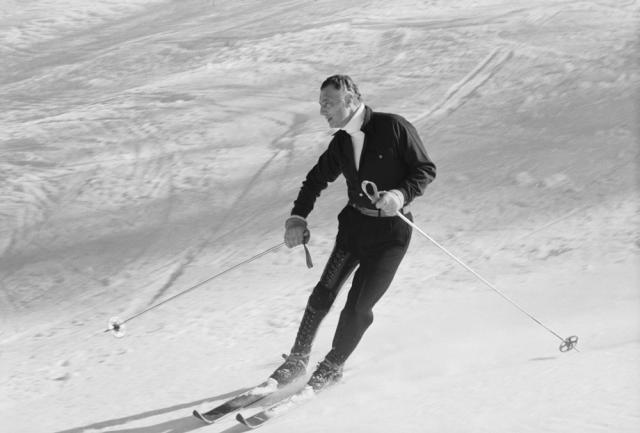 But now one last comment from me.   A few days ago, on January 24th, Italy marked the 10th anniversary of the death of one of Italy’s most elegant, refined, sophisticated, and dashing men.  Also, a man renowned for his ability to seduce.  I am talking about the Italian Industrialist, and head of Fiat, Gianni Agnelli.  I think he represents what Italians see as the best kind of seducer–extremely polite, elegant, and discreet. 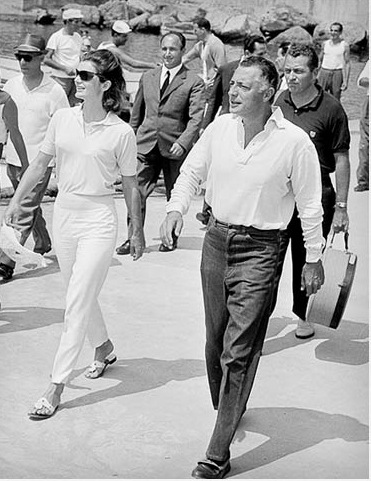 Jackie Kennedy and Gianni Agnelli on the Amalfi Coast when she was visiting in 1962. Credit: www.glamour.com